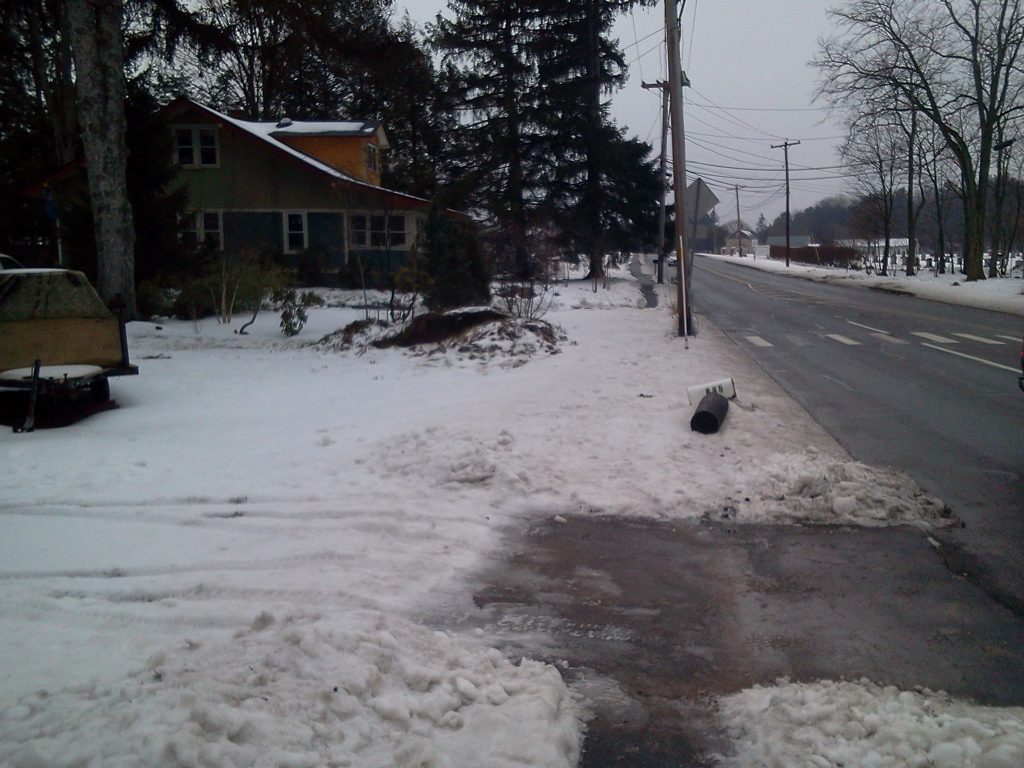 I’ve been walking the sidewalks of Northampton, Mass. lately, and with the recent snow and ice storms it’s been a rough ride.  Northampton’s sidewalk clearing laws stipulate that property owners must clear or treat the entire width of the sidewalk within 24 hours of the end of a storm, and keep it clear or treated after that.

Let’s imagine an alternate history where after a storm, each property owner was required to clear the entire road in front of their house, and they had 24 hours to do so, but the sidewalks were cleared by trained professionals.  Obviously a disaster, but the current (opposite) situation is unfair and difficult for sidewalk users.

We shouldn’t have to wait 24+ hours to have safe passage, and the inconsistency and lack of enforcement of each property owner’s obligation to keep it clear makes the dangerous even after that.

The City of Northampton has a complete streets plan.  I couldn’t find mention of keeping the sidewalks clear of snow & ice, so I decided to research how other cities manage.

As a step towards treating sidewalk plowing as we do street plowing, I would like to see us move towards a system similar to Amherst’s, where the city assists residents by plowing the sidewalks during a storm on major thoroughfares (which are especially dangerous to walk in the street), and then property owners must maintain them after that.

Let’s make it so all of us, regardless of how we choose to get around (walking, biking, public transit, driving), have equal access to transportation.