I recently had the opportunity to help out a few friends who found themselves in an awkward situation.  They both wanted the same house and both were negotiating with the owner to buy it.  The owner asked both parties to put in their highest and best offer.

I did some research and thinking about it.  If both parties put in their highest and best offer, one of them is likely to pay as high as they possibly can.  And all that money, of course, goes to the seller, which also raises housing prices and taxes in that neighborhood.

An auction is a better situation for the buyers, but not as good for the seller.  This is because each buyer can stop at any time and they know what the other one is bidding.  In a highest and best, you never know what the other party will offer so you bid as high as you can.

One option is that both parties sit down and come to consensus on who should receive the property based on who is the best fit, optionally negotiating an amount that the one who gets the house pays to the one who doesn’t.  This option is quite tricky and requires a lot of trust, but if successful offers the best results and both parties can walk away from it at any time, albeit with some information revealed.

Another way to look at this option is that you are bidding on what it is worth for the other party to walk away.  This has a very different psychological feeling to it though.

One problem with payments between the winning and losing bidder is that these payments can’t be bank financed.

So we all sat down together and talked for a long time about the house, and drew up some “handshake agreements”.  Each party went off to discuss the options privately.  It almost looked like it wasn’t going to happen, but then they agreed and we started the auction.  My heart was beating fast and I was quite nervous even though I didn’t have anything at stake!

Then the auction ended, one party was declared the winner, and when the sale went though, the winner paid the loser.  I can’t reveal exact amounts here due to a confidentiality agreement, but it saved the winner a substantial amount of money, and the loser got something out of the deal too!

This experience has made it clear to me that cooperation and negotiating in an agreed upon way with each other is far better for both bidders than going with a secret highest and best offer – if the parties trust each other, or have a trusted third party.

Maybe I should create some sort of business that brings buyers together to figure out the best deal for them.  Or maybe you should.

Since 2006 I’ve been running an Asterisk server called the “Bike Path Phone” system.  The newest addition to it is the Joke Exchange, an interactive phone system where you can record your jokes and listen to other people’s.  Callers can rate jokes or ban them. There aren’t very many good jokes in there yet, but there’s something nice about listening to ordinary people tell jokes in their own voice.

My friend Joe Edelman recently introduced me to Meteor, a javascript based web application framework.  I decided a great way to learn it would be to write a tool to help me keep track of our household’s finances, with an eye towards bigger systems.

So I created Balance, an open source tool to keep track of shared finances for groups.  You can create groups that are public, require approval to join or are invitation-only, and add transactions, from simple one to one payments to complicated reimbursements.   The program keeps a running total of who owes money or who is owed money.

Before now I was spending quite a bit of time with complicated spreadsheets to determine who owed what in my household.  It’s much simpler now.

This is my first open source project, and I’m getting a handle on code repositories and such.  I hope others can improve on it!  Please let me know what you think.

How is the picture above related?  It’s describes how my brain sometimes feels when working on a project like this! 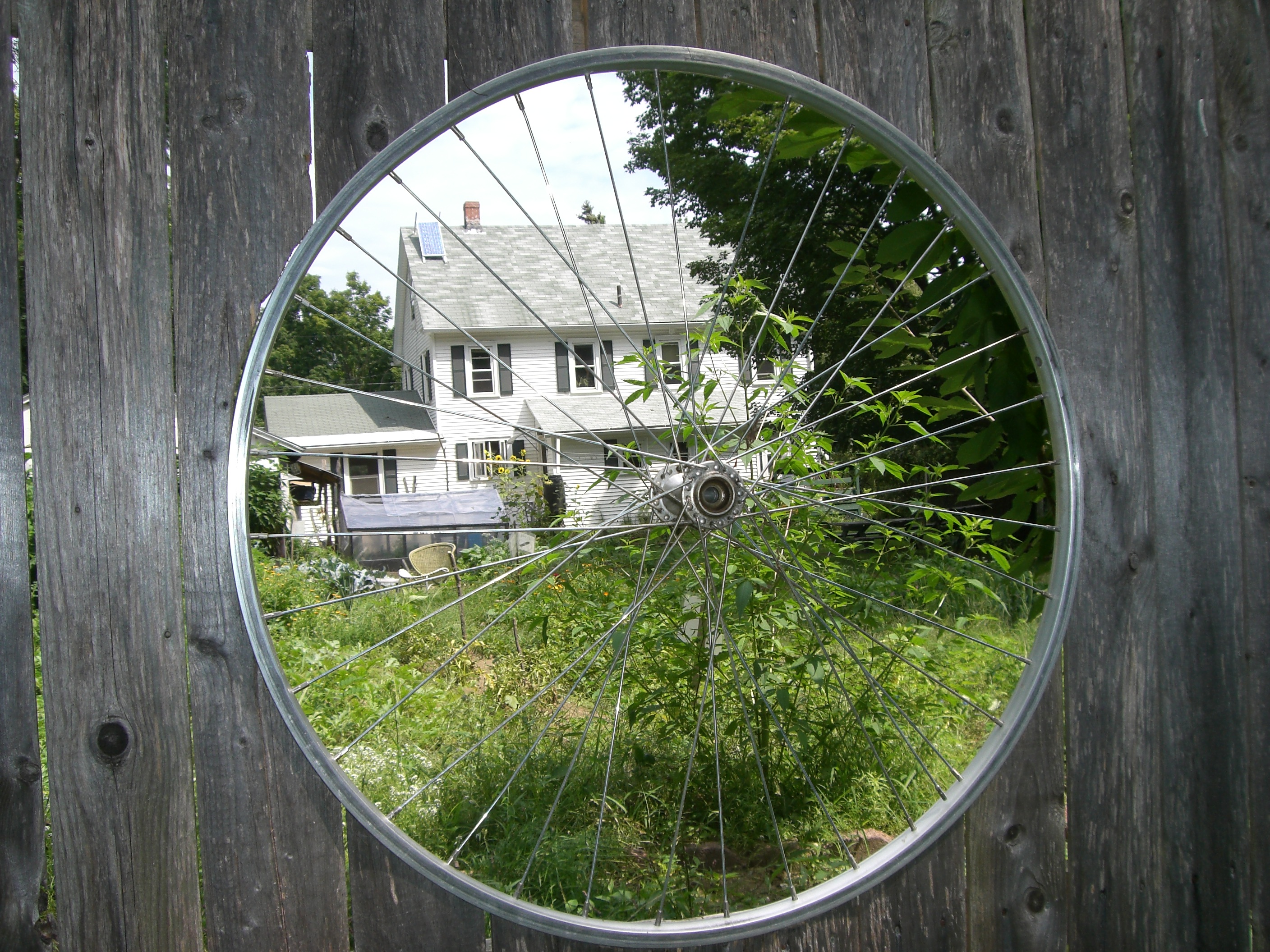 Eight years ago four of us bought a two-family house together. Ruthy and I have lived in one side of the house with many different housemates. We’ve always expressed the intention of considering further co-ownership with these housemates after living with them for a year, but none of them have taken us up on it.

Over the years they’ve contributed money, some of which pays interest on debt, taxes, insurance and maintenance of the house, but some of which goes toward equity in the house. My question is, how should this equity be treated ethically, and could we set up a cooperative legal structure to represent this shared equity?

First, I’d argue we should subtract from this contributed equity money for the extra work we’ve done to take care of the house. We could estimate the work we’ve done and figure out a fair wage to pay ourselves for that. The rest should be considered collective equity,

Worker cooperatives in Italy take a portion of their surplus each year and place it into an internal collective equity account. They can use this money to expand their business or to borrow against if times are hard. But they can’t distribute it to themselves. If the business folds, the collective equity goes to a cooperative development organization to start a new cooperative.

What if new housemates that we are living with want to buy in? Would they buy out the collective equity account? Perhaps that money would then go towards starting a new cooperative house, with the same cooperative arrangement, creating a growth model.

In order to stop us from changing the bylaws of the cooperative later and pocketing the money, one option could be to require permission from some outside person or organization to approve bylaw changes. I’m not worried about Ruthy or me doing this on purpose, but what if someone sues us? We don’t want them to get access to this money. And if we try to expand this model, it should be robust enough to handle any situation.